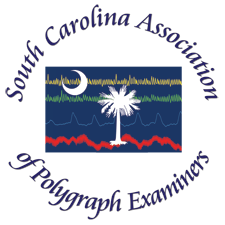 SCAPE is excited to share information about our training events and other events of interest to our members. Users can now pay fees for SCAPE sponsored events online. As always, payment can also be made and mailed to our Secretary/Treasurer at the following address:

SCAPE is excited to host this year’s Tri-State Polygraph Conference for examiners from SC, NC, GA and beyond. The conference is scheduled for September 7-9, 2022 in beautiful downtown Greenville, SC. The event will be held at the Hyatt Regency hotel and conference center at 220 N Main St a short walk away from all the dining and attractions the area has to offer. SCAPE was able to secure a discounted room rate of $145 per night for all attendees, and Hyatt has offered to extend that rate up to three nights before or after the event for those wishing to extend their stay and explore the area. Rooms must be reserved no later than August 16, 2022.

Dale Austin
Dale Austin began a career in public service in 1975 as a Corrections Officer for the Cumberland County Jail in Portland, Maine. He was hired as a Police Officer in South Portland, Maine the following year. His first night “on the street” was July 4, 1976, America's Bicentennial.

He was selected as his PD's first polygraph examiner in 1980 and graduated that same year from Chicago's Keeler Polygraph Institute. In 2000, Dale accepted a position with the Federal Government and moved to Washington, D.C. He graduated from the Government's Dept. of Defense Polygraph Institute (DoDPI) in Feb. 2000. He subsequently screened applicants, performed Quality Control and Quality Assurance, and became a Deputy Site Manager.

In 2005, he was recruited to join DoDPI as a staff instructor. He was later named a chartermember of DoDPI's five-person Threat Analysis and Strategic Support Team. Here, he created and presented hundreds of hours of countermeasure training to virtually all Federal Polygraph Examiners as well as hundreds of State & Local Police Examiners.

In 2012, Dale opened US Customs & Border Protection's (CBP) Indianapolis Office as an examiner. He then transitioned to the Training Lead for CBP's 100 examiners. He was responsible for creating and presenting the curriculum to convert CBP from Probable Lie Comparison Questions to Directed Lie Comparisons in all initial screening exams.

Dale retired from US Government service in August 2019. He now runs Austin Polygraph Training where he consults on polygraph cases and teaches multiple polygraph courses globally.

Chris Campbell
Chris has been in law enforcement since 2005 and has investigated cold cases, sexual assaults, homicides, and other significant crimes. In 2010, Chris joined the North Carolina State Bureau of Investigation (NCSBI) and has been a polygraph operator since 2012, conducting criminal and pre-employment testing while working criminal cases.

Chris worked within the Computer Crimes Unit and is currently assigned to the NCSBI Behavioral Threat Assessment Unit. In 2017, Chris reconstructed the NCSBI Interrogation Academy and implemented psychological interviewing based on different generations. Chris is currently a lead instructor for the NCSBI Academy Interrogation School.

Chris holds a Master's Degree in Forensic Psychology and is pursuing his doctorate. Chris has presented his research to local, state and federal entities across the United States.

Don has his A.A.S. in Criminal Justice, from Davidson County Community College and a B.S. in Criminal Justice Administration, from East Tennessee State University. He has performed advanced studies at Eastern Kentucky University and has military experience with the US Army. He is a published author of 4 texts: Interviewing and Interrogation 2nd edition; Investigative Discourse Analysis 2nd Edition; Persuasive Interviewing; Fraud Related Interviewing and is editor of the interviewing focused newsletter, Hamlet's Mind.

Nate Brooks
Nate has enjoyed over 20 years of work within the field of law enforcement. His experience spans from entry level positions of patrol, to investigating complex cases involving public corruption, and supervising and managing small operational units to a nationwide organization. He is currently assigned to the Administrative Services Division of the Greenville Police Department, developing a polygraph program from the ground up. He is the president of the Polygraph Law Enforcement Accreditation Program, which develops best practice policies and accredits law enforcement polygraph programs nationwide. He is a Board Member of the South Carolina Crisis Negotiators Association and currently instructs 40-hour negotiation certification courses for the State of South Carolina. He is a graduate of the FBI's National Crisis Negotiator's Course and Negotiation Training Officer for the Greenville Police Department. Nate holds a bachelors degree from The Citadel and a Masters Degree from Anderson University. Along with his full-time position, Nate runs a polygraph service business and is an Adjunct Professor for Criminal Justice at Clemson University. Nate was sworn in as a Police Officer for the City of Charleston, South Carolina in the fall of 1997. During this same time, he was sworn into the Officer Corps in the South Carolina National Guard, where he remained until 2007, being Honorably Discharged as a Captain in the Signal Corps. During his time in the National Guard, Nate led several missions in the European Theater for Communications Support. In 2002, he left Charleston and became a Deputy with the Greenville County Sheriff's Office. Nate rose through the ranks to become the Sergeant over the Internal Affairs Unit, where his reputation for integrity and honesty flourished and his approach to Internal Affairs Investigations became well known throughout the State. Nate personally conducted 206 Internal Affairs investigations and 17 Officer Involved Shootings. He has supervised 176 Internal Affairs investigations and 32 Officer Involved Shooting. He has assisted several agencies with Internal Investigations and was invited to assist with Internal Affairs and Recruiting and Hiring Policy Development throughout the State.

With Nate's continued development in communication skills, he became a member of the Greenville County Sheriff's Office Crisis Negotiation Team, of which he eventually became the team leader. He developed a reputation for being able to successfully negotiate high stress, dangerous situations to a safe resolution. This became evident when one of his negotiations that he conducted in 2012 was the subject of a Discovery Channel television show. He often presents this incident as a case study to negotiator associations nationwide. Nate became a licensed polygraph examiner for the State of South Carolina in 2008. His reputation in the polygraph community for conducting ethical examinations and bringing some of the most heinous criminals to justice has become known nationwide. As a result, Nate teaches polygraph advanced training for the Department of Defense all over the United States.